The Makkah Royal Clock Tower Hotel (also known as the Abraj Al-Bait Towers) located in Mecca, Saudi Arabia smashes in at a whopping 120 floors. But not only is this behemoth clock tower tall, it is beefy! Look at how many towers surround that monstrous modern marvel.
It’s a friggen city in a tower!
All Tallest Buildings. 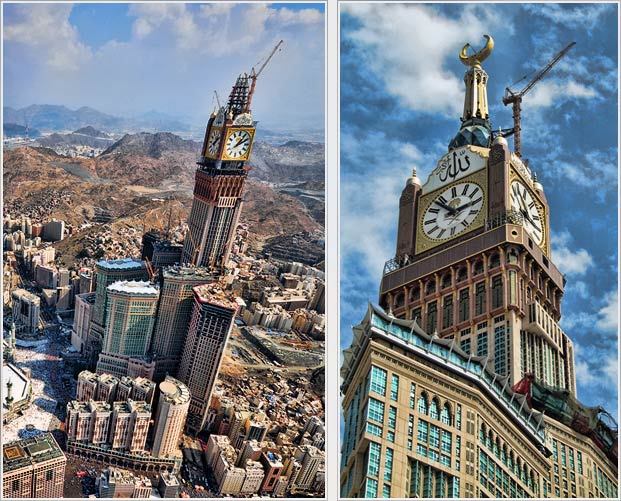 Here you see the Mecca Clock-tower during construction. Note that it is surrounded by a city of rather large buildings yet it is dwarfing them by far. 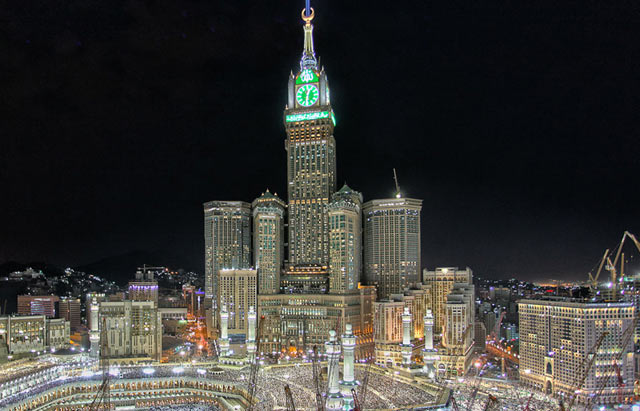 This night shot of the Abraj Al-Bait towers really shows off what a modern masterpiece of architecture it really is.

A few more aerial shots of the massive building. Just to put it into perspective how large this building is. 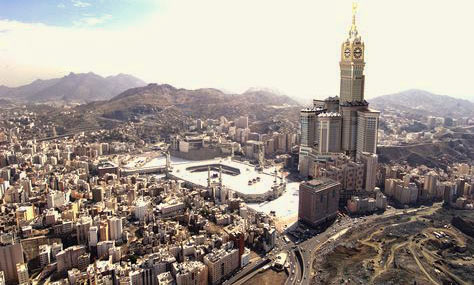 601 meters
1,972 feet
120 floors
$15 Billion dollar project
Construction started 2004
Opened in 2012
Architects Dar Al-Handasah
5 story indoor mall
5 Star Fairmont Hotel Resort in one of the towers
Single Prayer Room that can hold 10,000+ people
Largest clock faces in the world
Built to aid in the pilgrimage to Mecca located right behind the towers.
Please share with the buttons below